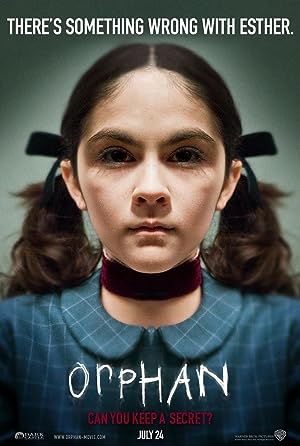 How to Watch Orphan 2009 Online in Australia

The cast of Orphan

What is Orphan about?

Kate and John Coleman are rebuilding their troubled marriage after the loss of their baby. The couple decide to adopt a child. When they meet the nine-year-old Estonian girl, Esther, at the St. Marina Orphanage, they immediately fall in love with the well-educated orphan. Their young son, Daniel, is hostile to his new sister; but their deaf mute daughter, Max, is enchanted with her - at first. Eventually, Kate begins to feel that Esther is manipulative and possibly even psychologically disturbed. John refuses to listen to his wife's misgivings. Kate calls Sister Abigail at the orphanage, and the nun informs her that Esther has a troubled and mysterious history. Kate delves further into Esther's past and discovers she is not what she claims to be.

Where to watch Orphan