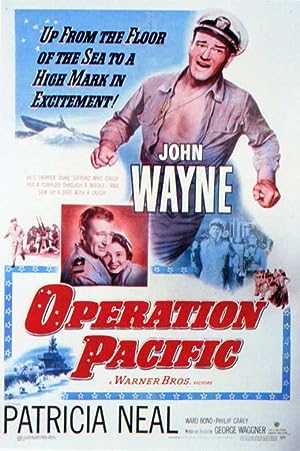 How to Watch Operation Pacific 1951 Online in Australia

The cast of Operation Pacific

What is Operation Pacific about?

The submarine USS Thunderfish successfully completes a secret mission to rescue a group of orphans on a remote Pacific island. On the way back to Honolulu they encounter a Japanese aircraft carrier but the torpedoes they fire explode about halfway to the target, a recurring problem that has plagued the submarine fleet for some time. The Thunderfish's XO, Duke Gifford runs into his ex-wife and Navy nurse Mary Stuart at the hospital. There's still a spark between them but the boat is sent out on another mission before anything is resolved. When Gifford's good friend and captain, Pop Perry, is killed Gifford believe it's his fault. A inquiry clears him and after he and his men solve the problem of the misfiring torpedoes, they set out to sea.

Where to watch Operation Pacific