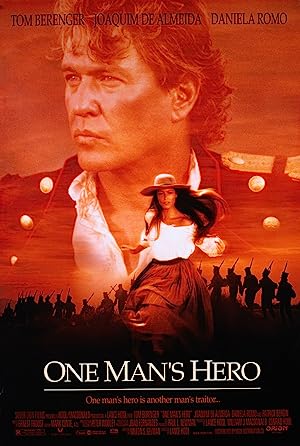 How to Watch One Man's Hero 1999 Online in Australia

The cast of One Man's Hero

What is One Man's Hero about?

"One Man's Hero" tells the little-known story of the "St. Patrick's Battalion" or "San Patricios," a group of mostly Irish, and other immigrants of the Catholic religion, who deserted to Mexico after encountering religious and ethnic prejudice in the U.S. Army during the Mexican-American War. The plot centers around the personal story of John Riley, an Irishman who had been a Sergeant in the American Army, who is commissioned as a Captain in the Mexican Army, and commands the battalion, as he leads his men in battle, and struggles with authorities on both sides of the border.

Where to watch One Man's Hero