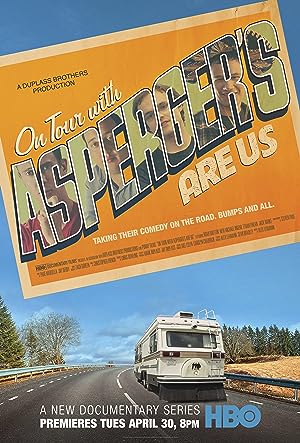 What is On Tour with Asperger's Are Us about?

Six-part docuseries follows the first comedy troupe comprised entirely of people with Asperger Syndrome on their first ever cross-country tour, as the team of four cram into a relic of an ...

Where to watch On Tour with Asperger's Are Us

The cast of On Tour with Asperger's Are Us

More Comedy movies like On Tour with Asperger's Are Us

More comedy tv shows like On Tour with Asperger's Are Us

Watch On Tour with Asperger's Are Us