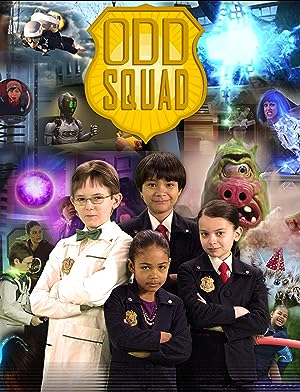 How to Watch Odd Squad Online in Australia

What is Odd Squad about?

Young government agents Olive and Otto use math to investigate strange occurrences in their town. Produced by The Fred Rogers Co., this live-action series targets preschool and early elementary schoolchildren and their families. Odd Squad cases include disappearing zeroes, Santa's missing reindeer, runaway dinosaurs, and characters who escape from books. Throughout the series, Olive and Otto learn not only how to solve problems but also about working together, communication and perseverance.

Where to watch Odd Squad

Which streaming providers can you watch Odd Squad on

Here is the comprehensive list of streaming providers that will show Odd Squad in Australia. If Odd Squad will appear with other providers further down the line, this table will be updated.

The cast of Odd Squad

Odd Squad is a great Action movie, we’ve selected several other movie options that we think you would like to stream if you have watched Odd Squad

Odd Squad is a great action show, we’ve selected several other show options that we think you would like to stream if you have watched Odd Squad