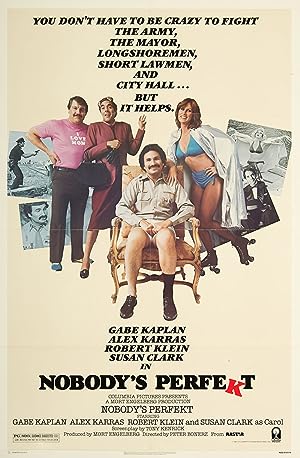 How to Watch Nobody's Perfekt 1981 Online in Australia

The cast of Nobody's Perfekt

What is Nobody's Perfekt about?

The story of a group of misfits living in Miami, and their revenge against government bureaucracy. After the city refuses to pay for the damage to their car caused by a pothole, the three friends, including one with constant short-term memory loss and another who is always jumping from personality to personality, decide to steal an army howitzer and 'persuade' the mayor to change his mind.

Where to watch Nobody's Perfekt