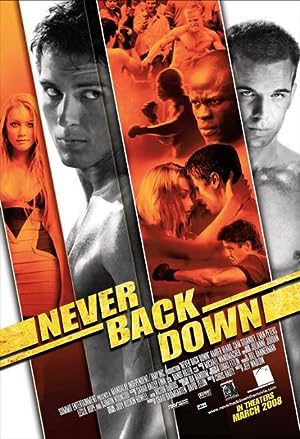 How to Watch Never Back Down 2008 Online in Australia

The cast of Never Back Down

What is Never Back Down about?

At his new high school, a rebellious teen Jake Tyler is lured into an ultimate underground fighting club in a Backyard Fight, where he finds a mentor in a mixed martial arts veteran. After receiving threats to the safety of his friends and family, Jake seeks the mentoring of a veteran fighter, to train his mind and body for one final no-holds-barred elimination fight with his unrelenting personal nemesis and local martial arts champion Ryan McCarthy.

Where to watch Never Back Down

Never Back Down Trailer