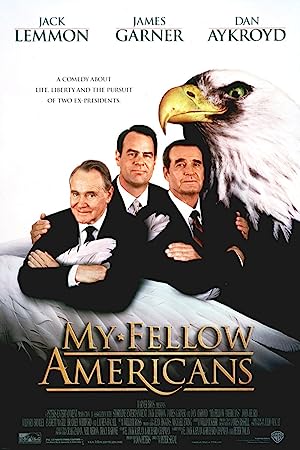 How to Watch My Fellow Americans 1996 Online in Australia

The cast of My Fellow Americans

What is My Fellow Americans about?

Kramer and Douglas, two former presidents from opposite ends of the political spectrum, become reluctant allies when they become the target of a conspirator in President Haney's administration. The two ex-presidents realize they have an enemy within the government and set out to find evidence that will clear their names. The search takes them across the Southern Appalachians; along the way they meet a homeless couple, thwart kidnapers in the parking lot of a fast-food restaurant, and find themselves marching in a gay pride parade.

Where to watch My Fellow Americans