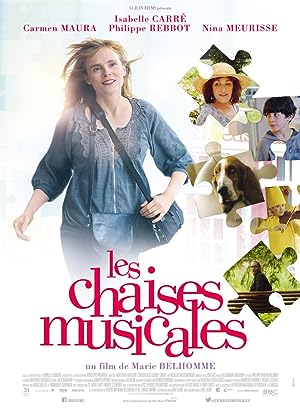 How to Watch Musical Chairs 2015 Online in Australia

The cast of Musical Chairs

What is Musical Chairs about?

Perrine is a French violinist who plays at kids' birthday parties to make ends meet. As she is on her way to a gig, she gets lost in the countryside and has to stop to ask for help. A man is surprised by her outlandish Darth Vader costume and falls into a tip. Perrine calls for help, then panics and runs. The man is taken to hospital, in a coma. Perrine soon finds out which one! Struggling with feelings of guilt, she decides to visit him every day. The victim is called Fabrice. Perrine breaks into his flat and applies for his job - she even looks after Arsène, his ten-year old son. Perrine has finally found a purpose in life. But what will happen when Fabrice wakes up?...

Where to watch Musical Chairs