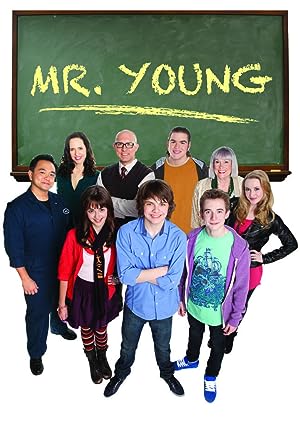 How to Watch Mr. Young Online in Australia

What is Mr. Young about?

A fourteen-year-old kid named Adam Young graduated college when he was nine. He got a job at Finnegan High School as the science teacher. His best friend Derby and older sister Ivy go to the same school. He develops a crush on Echo Zizzleswift, one of Adam's students. Echo secretly loves science as much as Adam does. Another one of his students, Jordan "Slab" Slabinski, often bullies Adam. Derby always falls asleep in science class.

Where to watch Mr. Young

Which streaming providers can you watch Mr. Young on

Here is the comprehensive list of streaming providers that will show Mr. Young in Australia. If Mr. Young will appear with other providers further down the line, this table will be updated.

The cast of Mr. Young

Mr. Young is a great Comedy movie, we’ve selected several other movie options that we think you would like to stream if you have watched Mr. Young

Mr. Young is a great comedy show, we’ve selected several other show options that we think you would like to stream if you have watched Mr. Young