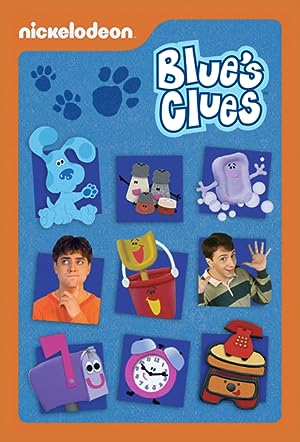 How to Watch Blue's Clues Online in Australia

What is Blue's Clues about?

Blue's Clues is a show where the two main characters are Blue and Steve (1996-2001), or in later episodes, Joe(2001- ). Blue is a dog who always wants to do something but Steve never knows what. Steve interacts with the viewers through the television and they play Blue's clues, to see what Blue wants to do.

Where to watch Blue's Clues

Which streaming providers can you watch Blue's Clues on

Here is the comprehensive list of streaming providers that will show Blue's Clues in Australia. If Blue's Clues will appear with other providers further down the line, this table will be updated.

The cast of Blue's Clues

Blue's Clues is a great Animation movie, we’ve selected several other movie options that we think you would like to stream if you have watched Blue's Clues

Blue's Clues is a great animation show, we’ve selected several other show options that we think you would like to stream if you have watched Blue's Clues