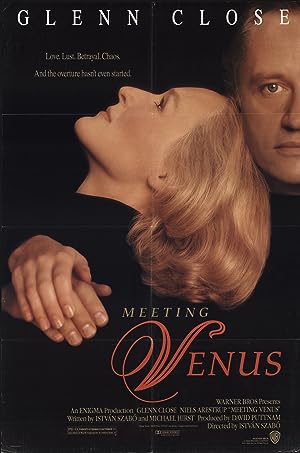 How to Watch Meeting Venus 1991 Online in Australia

The cast of Meeting Venus

What is Meeting Venus about?

A deliciously biting satire about both the world of Grand Opera and United Europe. A Hungarian conductor (Arestrup) attempts to mount a bold new production of Richard Wagner's "Tannhäuser" while navigating the snares and pitfalls of artistic egos, rampant nationalism, internal company and union politics, and precarious funding.

Where to watch Meeting Venus