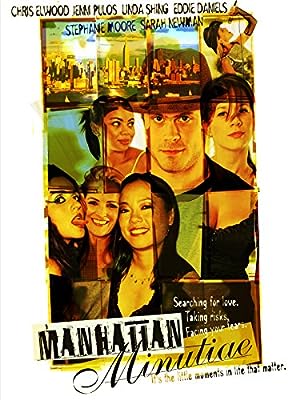 How to Watch Manhattan Minutiae 2016 Online in Australia

The cast of Manhattan Minutiae

What is Manhattan Minutiae about?

A rockin Multi-sexual romantic comedy centered on an eclectic group of Greenwich Village East residents, led by the intellectual slacker Dex and the passionate Bohemian rock-star-in-the-making, Max. Their grunge chic New York group's divergent backgrounds and views serve to highlight how love, or the lack of love, in all its forms and manifestations remains the driving force behind our lives, regardless of age, race, culture, religion or sexual orientation. The journey is punctuated by an original, pulsating soundtrack and live band performances by the all girl group MaxiTit and its faithful lesbian following.

Where to watch Manhattan Minutiae