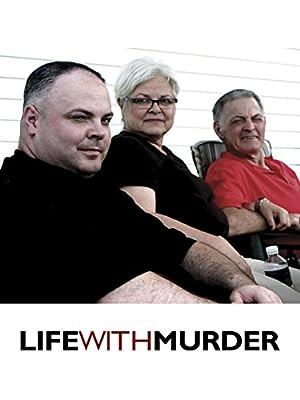 How to Watch Life with Murder 2010 Online in Australia

The cast of Life with Murder

What is Life with Murder about?

Chatham, Ontario, 1998. Eighteen-year-old Jennifer Jenkins is brutally shot to death by multiple rifle rounds in her family home. The main suspect: her brother, Mason Jenkins, who fled the scene of the crime. After fabricating a story about what occurred, Jenkins was incarcerated. His parents, facing the loss of both their children, chose to support his claims of innocence, repressing the dark secret of their son's true intentions. Concurrently shocking and heartbreaking, John Kastner's finely crafted mystery slowly reveals the many layers of a family dynamic that becomes its own enigma, drawing from a decade's worth of coverage, including police interrogation videos, home movies, and incredible interviews with Jenkins, his family, and the case's investigators. With a skillful eye that eschews sensationalism, Kastner delves beyond the details of the murder to capture the pain of paternal devotion as Jenkins' parents struggle to hold onto the last shreds of their family. Led by the belief that one's children are not disposable, the burden of the Jenkins' forgiveness proves as fearsome as the murder that begot it.

Where to watch Life with Murder