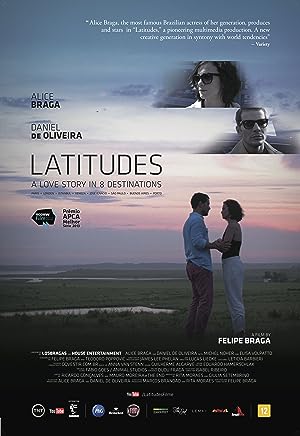 How to Watch Latitudes 2014 Online in Australia

What is Latitudes about?

'Latitudes', a modern love story shot in 8 different countries, tells the story of Olivia (Alice Braga) and Jose (Daniel de Oliveira), two travellers who have one-night stands in legendary hotels every time they meet accidentally as they wander around the world on business trips. At first an idealised, secretive relationship by two jet-setters, the story becomes one of how to cope with all the real life challenges waiting for the two outside the hotel room.

Where to watch Latitudes

Which streaming providers can you watch Latitudes on

Here is the comprehensive list of streaming providers that will show Latitudes in Australia. If Latitudes will appear with other providers further down the line, this table will be updated.

The cast of Latitudes

Latitudes is a great Drama movie, we’ve selected several other movie options that we think you would like to stream if you have watched Latitudes

Latitudes is a great drama show, we’ve selected several other show options that we think you would like to stream if you have watched Latitudes