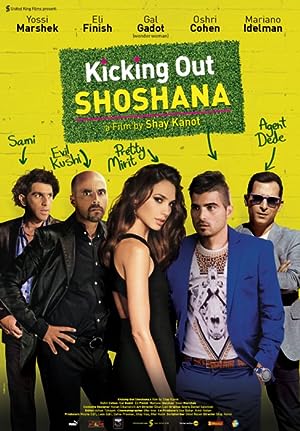 How to Watch Kicking Out Shoshana 2014 Online in Australia

The cast of Kicking Out Shoshana

What is Kicking Out Shoshana about?

In the conservative city of Jerusalem, Ami Shoshan, an Israeli football player, is forced by a mafia boss to pose as a homosexual, a punishment for flirting with the criminal's girlfriend. Shoshan is banned by players and fans of his team, but becomes a hero of the gay community.

Where to watch Kicking Out Shoshana