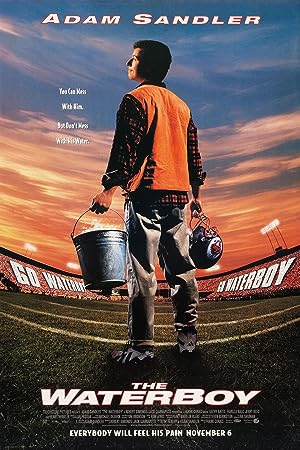 How to Watch The Waterboy 1998 Online in Australia

What is The Waterboy about?

Bobby Boucher is the lowly waterboy for a college football team, until the coach discovers his amazing talent for tackling people much bigger than him. He signs the Waterboy as the new star player, but Bobby must keep it secret from his overbearing and domineering mother.

Where to watch The Waterboy

Which streaming providers can you watch The Waterboy on

Here is the comprehensive list of streaming providers that will show The Waterboy in Australia. If The Waterboy will appear with other providers further down the line, this table will be updated.

The cast of The Waterboy

The Waterboy is a great Comedy movie, we’ve selected several other movie options that we think you would like to stream if you have watched The Waterboy

The Waterboy is a great comedy show, we’ve selected several other show options that we think you would like to stream if you have watched The Waterboy