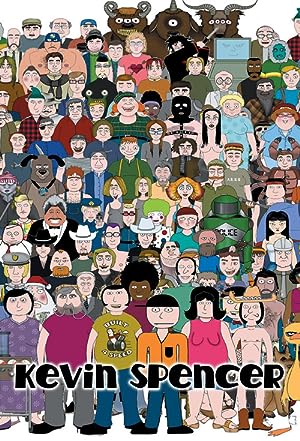 How to Watch Kevin Spencer Online in Australia

What is Kevin Spencer about?

Kevin Spencer is a sociopath addicted to cough syrup/booze and cigarettes. He is guided primarily by emotion and will go to any lengths to satisfy his needs with no worries about future consequences. He barely attends school and always breaks the law, though the offenses are minor. Kevin also has no friends-except for Allen The Magic Goose, who lives in his head and helps him make decisions. The show also stars his parents: Percy, a fat hard-drinking, chain-smoking welfare recipient who probably committed every minor offense in the book of law, and Anastasia, another fat hard drinker and chain-smoker who puts out for every guy in town.

Where to watch Kevin Spencer

Which streaming providers can you watch Kevin Spencer on

Here is the comprehensive list of streaming providers that will show Kevin Spencer in Australia. If Kevin Spencer will appear with other providers further down the line, this table will be updated.

The cast of Kevin Spencer

Kevin Spencer is a great Animation movie, we’ve selected several other movie options that we think you would like to stream if you have watched Kevin Spencer

Kevin Spencer is a great animation show, we’ve selected several other show options that we think you would like to stream if you have watched Kevin Spencer