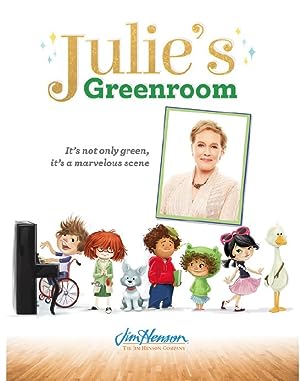 How to Watch Julie's Greenroom Online in Australia

What is Julie's Greenroom about?

Ms. Julie (Dame Julie Andrews) teaches performing arts workshops to a group of puppet children and a duck with the help of her assistant Gus (Giullian Yao Gioiello) and celebrity guests at her Wellspring Center for the Performing Arts.

Where to watch Julie's Greenroom

Which streaming providers can you watch Julie's Greenroom on

The cast of Julie's Greenroom