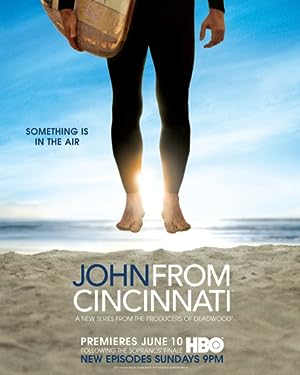 How to Watch John from Cincinnati Online in Australia

What is John from Cincinnati about?

In Imperial Beach, California, the dysfunctional Yost family intersects with two new arrivals to the community: a dim-but-wealthy surfing enthusiast, and a man spurned by the Yosts years ago.

Where to watch John from Cincinnati

Which streaming providers can you watch John from Cincinnati on

The cast of John from Cincinnati