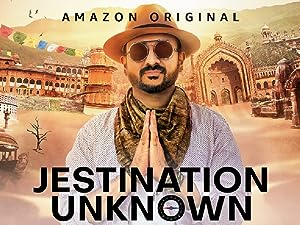 How to Watch Jestination Unknown Online in Australia

What is Jestination Unknown about?

Jestination Unknown is an attempt to answer the question, what does India find funny? The clubs and pubs of India's metros are only a sliver of an answer to that question. English stand-up ...

Where to watch Jestination Unknown

Which streaming providers can you watch Jestination Unknown on

The cast of Jestination Unknown