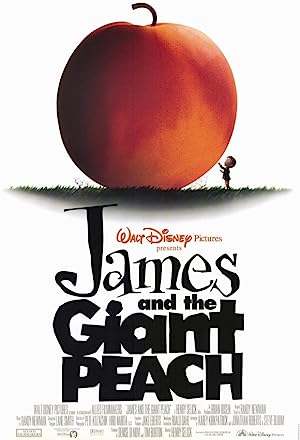 The cast of James and the Giant Peach

What is James and the Giant Peach about?

James' happy life at the English seaside is rudely ended when his parents are killed by a rhinoceros and he goes to live with his two horrid aunts. Daringly saving the life of a spider he comes into possession of magic boiled crocodile tongues, after which an enormous peach starts to grow in the garden. Venturing inside he meets not only the spider but a number of new friends including a ladybug and a centipede who help him with his plan to try and get to New York.

Where to watch James and the Giant Peach

James and the Giant Peach Trailer

Watch James and the Giant Peach

More Adventure movies like James and the Giant Peach

More Adventure tv shows like James and the Giant Peach