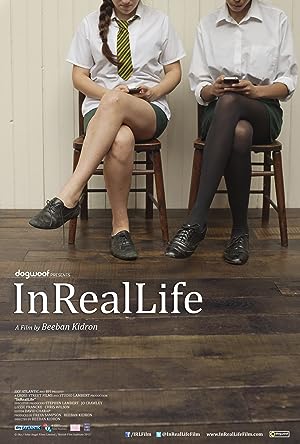 How to Watch InRealLife 2013 Online in Australia

InRealLife asks what exactly is the internet and what is it doing to our children? Taking us on a journey from the bedrooms of British teenagers to the world of Silicon Valley, filmmaker Beeban Kidron suggests that rather than the promise of free and open connectivity, young people are increasingly ensnared in a commercial world. Beguiling and glittering on the outside, it can be alienating and addictive. Quietly building its case, InRealLife asks if we can afford to stand by while our children, trapped in their 24/7 connectivity, are being outsourced to the net?

Which streaming providers can you watch InRealLife on

Here is the comprehensive list of streaming providers that will show InRealLife in Australia. If InRealLife will appear with other providers further down the line, this table will be updated.

InRealLife is a great Documentary movie, we’ve selected several other movie options that we think you would like to stream if you have watched InRealLife

InRealLife is a great documentary show, we’ve selected several other show options that we think you would like to stream if you have watched InRealLife