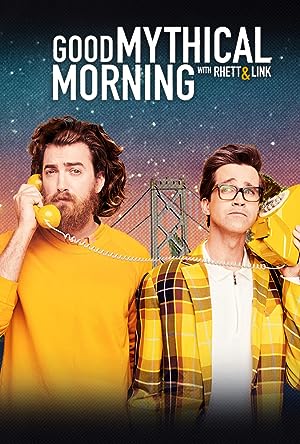 How to Watch Good Mythical Morning Online in Australia

What is Good Mythical Morning about?

This famous YouTube morning talk show created by Rhett McLaughlin and Charles Lincoln (Link) Neal contains loads of laughter and insanity, known for this quote: "We do this, so you don't have to."

Where to watch Good Mythical Morning

Which streaming providers can you watch Good Mythical Morning on

The cast of Good Mythical Morning