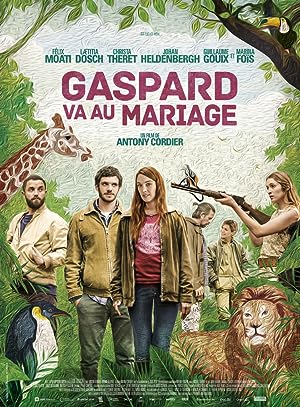 How to Watch Gaspard at the Wedding 2017 Online in Australia

What is Gaspard at the Wedding about?

After many years of keeping a careful distance, Gaspard, 25 years old, has to renew contact with his family when his father announces he is getting remarried. Accompanied by Laura, an eccentric girl, who agrees to play the role of his girlfriend for the wedding, he finally feels ready to set foot again in his parents' zoo where he is reunited with the monkeys and tigers he grew up with. But between a father who's too much of a womanizer, a brother who's too square and a sister who's far too beautiful, he's not aware that he is preparing to live the last days of his childhood.

Where to watch Gaspard at the Wedding

Which streaming providers can you watch Gaspard at the Wedding on

The cast of Gaspard at the Wedding

More comedy tv shows like Gaspard at the Wedding

Watch Gaspard at the Wedding