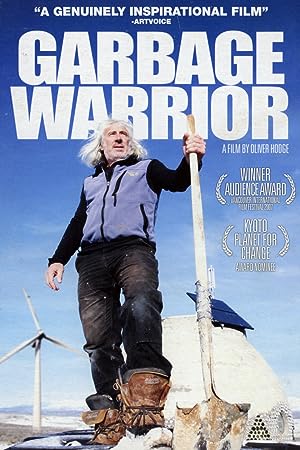 How to Watch Garbage Warrior 2007 Online in Australia

What is Garbage Warrior about?

Imagine a home that heats itself, that provides its own water, hat grows its own food. Imagine that it needs no expensive technology, that it recycles its own waste, that it has its own power source. And now imagine that it can be built anywhere, by anyone, out of the things society throws away. Thirty years ago, architect Michael Reynolds imagined just such a home - then set out to build it. A visionary in the classic American mode, Reynolds has been fighting ever since to bring his concept to the public. He believes that in an age of ecological instability and impending natural disaster, his buildings can - and will - change the way we live. Shot over three years in the USA, India and Mexico, Garbage Warrior is a feature-length documentary film telling the epic story of maverick architect Michael Reynolds, his crew of renegade house builders from New Mexico, and their fight to introduce radically different ways of living. A snapshot of contemporary geo-politics and an inspirational tale of triumph over bureaucracy, Garbage Warrior is above all an intimate portrait of an extraordinary individual and his dream of changing the world.

Where to watch Garbage Warrior

Which streaming providers can you watch Garbage Warrior on

The cast of Garbage Warrior

Garbage Warrior is a great Documentary movie, we’ve selected several other movie options that we think you would like to stream if you have watched Garbage Warrior

Garbage Warrior is a great documentary show, we’ve selected several other show options that we think you would like to stream if you have watched Garbage Warrior