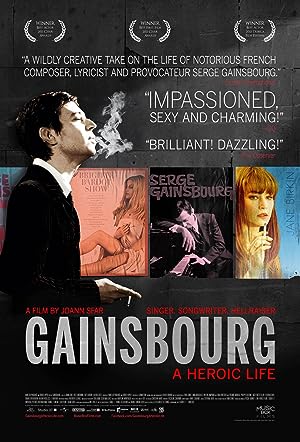 How to Watch Gainsbourg: A Heroic Life 2010 Online in Australia

The cast of Gainsbourg: A Heroic Life

What is Gainsbourg: A Heroic Life about?

Lucien Ginsburg, a rebellious French Jewish boy with a grotesque imagination, hates playing the piano like his father, a bar professional, and manages to be admitted to Montmartre Academy as a painter, where he befriends an SS officer who helps him survive the occupation. After the war, he chooses to become a performing artist and adopts the stage name Serge Gainsbourg. His unorthodox songs bring him success, even his parents's approval, and lots of lovers, yet his marriages are all utter failures.

Where to watch Gainsbourg: A Heroic Life