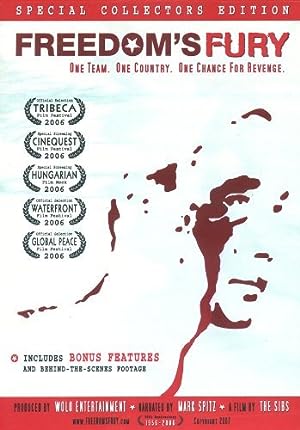 How to Watch Freedom's Fury 2006 Online in Australia

What is Freedom's Fury about?

A documentary on the 1956 Olympic semifinal water polo match between Hungary and Russia. Held in Australia, the match occurred as Russian forces were in Budapest, stomping out a popular revolt.

Where to watch Freedom's Fury

Which streaming providers can you watch Freedom's Fury on

Here is the comprehensive list of streaming providers that will show Freedom's Fury in Australia. If Freedom's Fury will appear with other providers further down the line, this table will be updated.

The cast of Freedom's Fury

Freedom's Fury is a great Documentary movie, we’ve selected several other movie options that we think you would like to stream if you have watched Freedom's Fury

Freedom's Fury is a great documentary show, we’ve selected several other show options that we think you would like to stream if you have watched Freedom's Fury