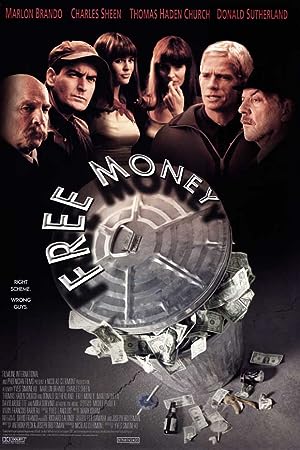 How to Watch Free Money 1998 Online in Australia

The cast of Free Money

What is Free Money about?

Walrus-like warden, Sven "Swede" Sorenson, a cross between Bluto and Wimpy, runs the prison, murders convicts who escape, and has the FBI on his trail in the form of agent Karen Polarski, the daughter of the town's corrupt judge. Swede's twins tell their father they're pregnant (they aren't), so he pushes their dim boyfriends, Bud and Larry, into shotgun marriages. He also turns his sons-in-law into slave labor, so Bud hatches an escape plan: to rob a train carrying old bills to the mint for burning. Larry's his reluctant accomplice. When Bud is captured and railroaded into Swede's jail, his death looks certain, until he hatches yet another plan that requires Larry's help.

Where to watch Free Money