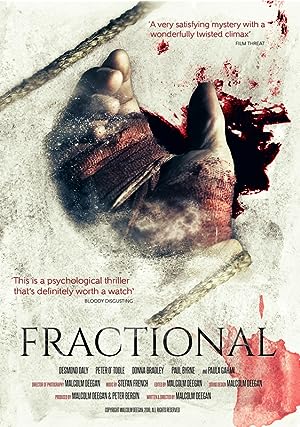 How to Watch Fractional 2011 Online in Australia

The cast of Fractional

What is Fractional about?

A psychiatrist, John Hatchett, wakes up tied to a chair in an abandoned warehouse. Left with no food, water or chance of escape, John's only weapons are his mind and he must use them to full effect... What transpires is a series of five days in which John is subjected to severe mental and physical torture by a man called David Crowe - a former patient who is not of a sound mental capacity... Not everything John Hatchett tells Crowe is as it seems. John has a past that he wishes to remain a secret... A secret David crowe is willing to do anything to reveal... even ending John's life.

Where to watch Fractional