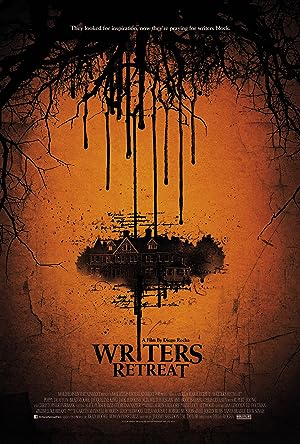 How to Watch Writers Retreat 2015 Online in Australia

Where to watch Writers Retreat

What is Writers Retreat about?

WRITERS RETREAT is a horror film written by Jeremy Sheldon & C.M. Taylor set on fictional Kilton Island where strangers come together to develop their writing. Mark Twain famously said: "Write what you know". But how far would you go to find material for the ultimate bestseller? At a writer's retreat on an isolated island, novelist Zandra finds herself amongst a group of strangers confronting their darkest secrets as they write. When a member of the party mysteriously disappears, Zandra fears there is a more sinister presence trapped on the island with them. WRITERS RETREAT is filmed in a classic British Hammer Horror style using the strange features of its location to create a hauntingly terrifying film with atmosphere and menace. The script delves deep into human emotions and honesty, causing the characters to ask questions about themselves that they didn't know they had and question the audience as to whether things are quite what they seem.

Which streaming providers can you watch Writers Retreat on

The cast of Writers Retreat

Writers Retreat is a great Crime movie, we’ve selected several other movie options that we think you would like to stream if you have watched Writers Retreat