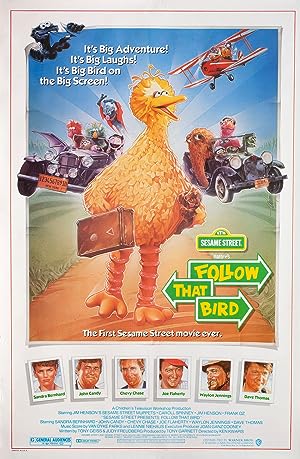 How to Watch Follow That Bird 1985 Online in Australia

Eccentric and lovable Big Bird lives a very carefree life with his friends on Sesame Street. But his happiness is cut short when a strict social worker named Miss Finch sends Big Bird away to live with a wacky family of Dodo birds. After a long week and feeling homesick, Big Bird decides that he has had enough and sets out back to Sesame Street. Word gets around and Big Bird is totally unaware that his friends are in search of him. But Big Bird better watch out because both Miss Finch and two unsuccessful carnival owners are also after him for their own purposes.