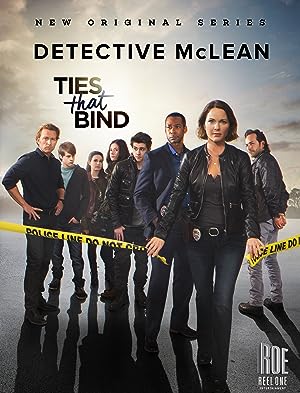 How to Watch Ties That Bind Online in Australia

What is Ties That Bind about?

"Detective McLean" revolves around Allison McLean (Kelli Williams), a tough and experienced police detective, mother and wife in suburban Seattle. When she and her police partner (Dion Johnstone) must arrest her brother (Luke Perry) for aggravated assault, her world drastically changes as he's convicted and sent to prison, leaving his two teenagers teetering on the brink of foster care. Ultimately, she takes them into her home, ending up with four teenagers to raise as well as her demanding job solving local crimes.

Where to watch Ties That Bind

Which streaming providers can you watch Ties That Bind on

Here is the comprehensive list of streaming providers that will show Ties That Bind in Australia. If Ties That Bind will appear with other providers further down the line, this table will be updated.

The cast of Ties That Bind

Ties That Bind is a great Crime movie, we’ve selected several other movie options that we think you would like to stream if you have watched Ties That Bind

Ties That Bind is a great crime show, we’ve selected several other show options that we think you would like to stream if you have watched Ties That Bind