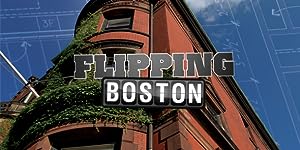 How to Watch Flipping Boston Online in Australia

What is Flipping Boston about?

Two Boston flippers, Pete and Dave, purchase homes, renovate them, and then re-sell them for a profit. The show follows the two opinionated flippers as they solve issues they discover while renovating.

Where to watch Flipping Boston

Which streaming providers can you watch Flipping Boston on

The cast of Flipping Boston

Flipping Boston is a great reality-tv show, we’ve selected several other show options that we think you would like to stream if you have watched Flipping Boston