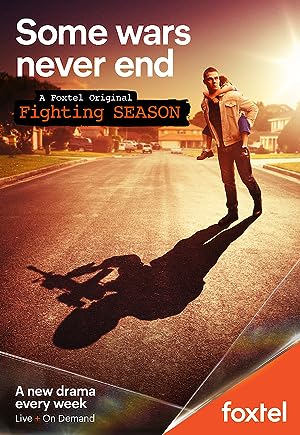 How to Watch Fighting Season Online in Australia

What is Fighting Season about?

The story is a six-part event drama that surrounds the invisible men and women who fight for their country (Australia), what they bring home from the war, discovering what of themselves ...

Where to watch Fighting Season

Which streaming providers can you watch Fighting Season on

The cast of Fighting Season

Fighting Season is a great Drama movie, we’ve selected several other movie options that we think you would like to stream if you have watched Fighting Season

Fighting Season is a great drama show, we’ve selected several other show options that we think you would like to stream if you have watched Fighting Season