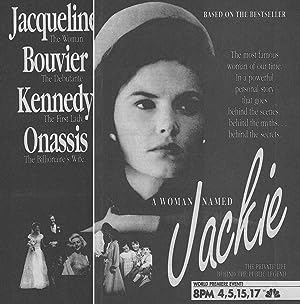 How to Watch A Woman Named Jackie Online in Australia

What is A Woman Named Jackie about?

This starts when Jackie Kennedy was working after college; and spans her life through the Presidency of John F. Kennedy and her marriage to Aristotle Onassis after the assassination of President Kennedy.

Where to watch A Woman Named Jackie

Which streaming providers can you watch A Woman Named Jackie on

The cast of A Woman Named Jackie