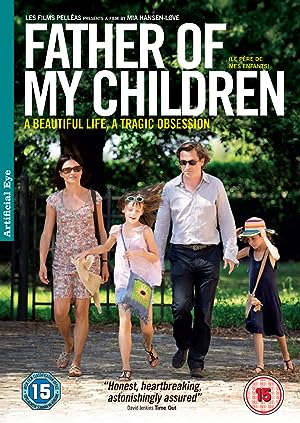 How to Watch Father of My Children 2009 Online in Australia

The cast of Father of My Children

What is Father of My Children about?

In the first half, Gregoire, a movie producer of great charm, owner of Moon Films, plays with his younger daughters, talks with his wife and his eldest daughter, and keeps his studio going while one project hemorrhages money and creditors circle. In the second half, Sylvia, his Italian wife, tries to hold the family together as she looks fully into Moon Films' troubles. She meets with a banker, a temperamental Swede, Russian TV magnates, a film lab exec, and Moon's lawyer. Clémence, the oldest daughter, goes on her own search. Debt can crush; how does a family pick up the pieces?

Where to watch Father of My Children

Father of My Children Trailer

More Drama tv shows like Father of My Children