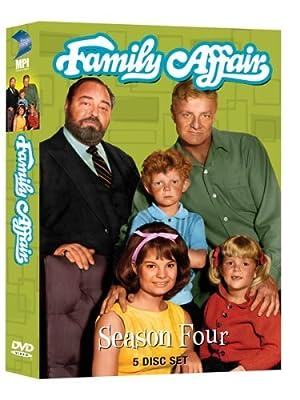 How to Watch Family Affair Online in Australia

What is Family Affair about?

Bill Davis is a highly paid and successful engineer living in a large apartment in New York with his valet, Mr. Giles French . His life is suddenly changed when his niece, Buffy shows up. In the midst of deciding what to do, Buffy's twin brother, Jody shows up, and Bill has to leave for Peru. Once he leaves, Buffy and Jody's older sister, Cissy shows up. Bill and French's life is suddenly changed as they become surrogate parents for the 3 children.

Where to watch Family Affair

Which streaming providers can you watch Family Affair on

Here is the comprehensive list of streaming providers that will show Family Affair in Australia. If Family Affair will appear with other providers further down the line, this table will be updated.

The cast of Family Affair

Family Affair is a great Comedy movie, we’ve selected several other movie options that we think you would like to stream if you have watched Family Affair

Family Affair is a great comedy show, we’ve selected several other show options that we think you would like to stream if you have watched Family Affair