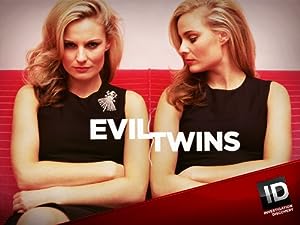 How to Watch Evil Twins Online in Australia

What is Evil Twins about?

There's something oddly fascinating about twins. Maybe it's the secret languages they create, their identical facade, or the rumors about how one can feel when the other is hurt. But when one twin turns bad, does the other stay pure of heart? Channeling sibling rivalries and deadly childhood pacts, Evil Twins follows true-crime mysteries surrounding real-life cases of these evil archetypes. Each episode reveals shocking stories of twins on the edge, from those who sleep with their twin's husband and set them up for murder to those who steal their identities and even come back from the dead.

Where to watch Evil Twins

Which streaming providers can you watch Evil Twins on

Here is the comprehensive list of streaming providers that will show Evil Twins in Australia. If Evil Twins will appear with other providers further down the line, this table will be updated.

The cast of Evil Twins

Evil Twins is a great Crime movie, we’ve selected several other movie options that we think you would like to stream if you have watched Evil Twins

Evil Twins is a great crime show, we’ve selected several other show options that we think you would like to stream if you have watched Evil Twins