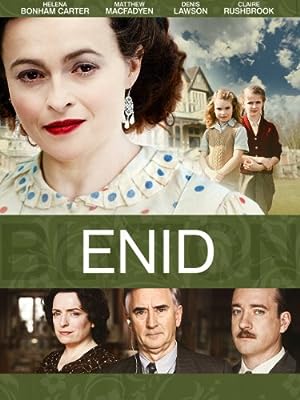 How to Watch Enid 2009 Online in Australia

The cast of Enid

What is Enid about?

Edwardian child Enid Blyton begins to tell stories to her brothers as an escape from their parents' rows before the father deserts the family. Whilst training as a teacher after the Great War she sends her stories to publishers, one of whom, Hugh Pollock,takes her on and also marries her. They have two daughters but Enid is a terrible mother, letting a nanny rear them whilst she, ironically, bestows treats on anonymous children who worship her for her stories. She is completely self-absorbed,driving Hugh to drink and then to another woman. Enid uses the children as emotional blackmail to get a divorce on her terms before marrying Kenneth Waters, a weak man similar to her father. After World War Two she is as popular as ever, despite accusations of using a syndicate to pen her books and will carry on,adored by children who do not know her true nature, for another twenty years and her death in 1968.

Where to watch Enid