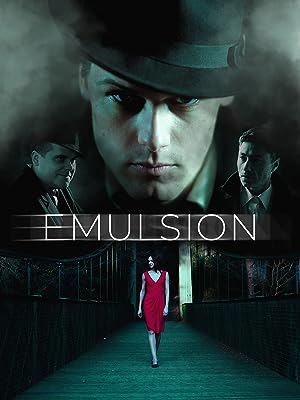 How to Watch Emulsion 2014 Online in Australia

The cast of Emulsion

What is Emulsion about?

Emulsion is a Psychological Noir about a man looking for his missing wife, set on the south coast of England. When ISABELLA mysteriously disappears from a car park her husband, RONNY, becomes obsessed with finding her. In an attempt to stay close to her he even takes a job at the very same car park. It becomes his life. We join the story a year after the key events. Ronny lives alone in a dirty old apartment. He watches the same film on a projector every night. This is a nostalgic reel of 16mm film; memories of Isabella. Every morning Ronny packs his bags everyday to move on with his life, but he always slams on his brakes as he approaches a picturesque bridge on the edge of town, the place where he proposed to Isabella. Everyday he returns to the car park to continue his quest. Every night Ronny stands in the very spot Isabella went missing from and tries to retrace his own movements and recap on any clues. One night a prostitute is attacked in the car park and bundled into the boot of a car. Ronny chases the assailant deep into a forest where he eventually locates the car empty, apart from a reel of film. As Ronny avidly views the film he discovers the truth about his wife's disappearance that changes his life forever.

Where to watch Emulsion