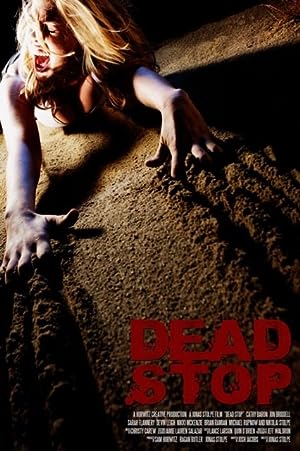 How to Watch Dead Stop 2011 Online in Australia

Where to watch Dead Stop

What is Dead Stop about?

The desert can be an unforgiving place. By day, the temperatures soar past the century mark, hot enough to drop a man in his tracks, and by night they plummet low enough to freeze the life out of him. It is filled with wildlife, feral and deadly. It is not a place where you want to get lost. Unfortunately, Todd and Josh and their friends have done exactly that. On their way to a ski trip, the group of teens and the pair of hitchhikers they've picked up, have taken a wrong turn and find themselves miles from anything resembling civilization. It's often said that the snakes, scorpions, coyotes, spiders and all that live in the desert are more afraid of humans than the humans are of them. But in this case, there is good reason for these people to be more than just scared. In this particular stretch of the California desert, there's one wild creature that does not fear man. A very large and fierce creature that craves their flesh. It's strong. It's primal. It's relentless. And it's hungry.

Which streaming providers can you watch Dead Stop on

Here is the comprehensive list of streaming providers that will show Dead Stop in Australia. If Dead Stop will appear with other providers further down the line, this table will be updated.

The cast of Dead Stop