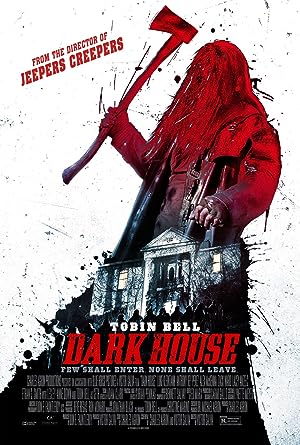 How to Watch Dark House 2014 Online in Australia

The cast of Dark House

What is Dark House about?

Nick Di Santo has the gift to see how any person that he touches will dies. He visits his mother Lilian that is in an asylum since when he was eight years old and learns that his father is alive. Nick lives with his best friend Ryan and one day he meets Eve in a bar and he finds that he can touch her without any vision. Eve moves to Nick's apartment and soon she is pregnant. Out of the blue, Nick inherits an old house and he shows to Ryan and Eve that he used to draw that house since he was a child. They travel to the countryside but they do not find the manor. They decide to return home and they meet Chris McCulluch, Lilith and Sam that are measuring the area. They show the location of the house where Nick meets the strange Seth. They are hunted down by creepy creatures with axes but they flee. They decide to leave the place but the road leads them back to the mysterious house. What is the secret of the dark house and the creepy creatures?

Where to watch Dark House