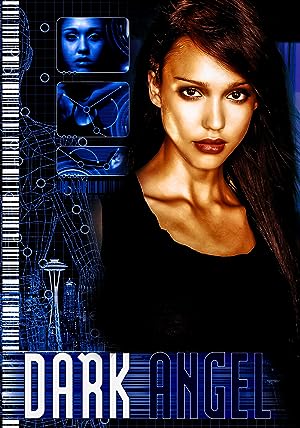 How to Watch Dark Angel Online in Australia

What is Dark Angel about?

In a future of political, economic and moral collapse, a genetically enhanced superhuman prototype named Max escapes from military confines and dwells amidst the decadent underground street life of *Seattle* to avoid government agents who want to bring her back into the fold. Searching for others of her kind who were scattered in the aftermath of her escape, Max encounters Logan, an idealistic cyber-journalist battling repression and corruption in post-apocalypse America. Eventually, Logan calls her to the highest part of her being and Max becomes his samurai as the pair takes on the ruthless power-brokers of the new millennium. Max and Logan's odyssey leads them closer to the secret of her past, deepening and complicating their relationship in the process.

Where to watch Dark Angel

Which streaming providers can you watch Dark Angel on

Here is the comprehensive list of streaming providers that will show Dark Angel in Australia. If Dark Angel will appear with other providers further down the line, this table will be updated.

The cast of Dark Angel

Dark Angel is a great Action movie, we’ve selected several other movie options that we think you would like to stream if you have watched Dark Angel

Dark Angel is a great action show, we’ve selected several other show options that we think you would like to stream if you have watched Dark Angel