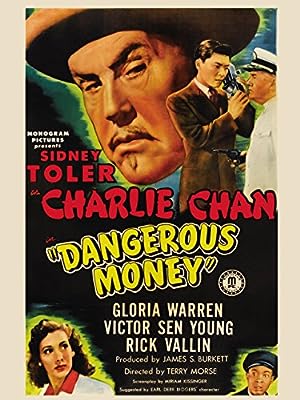 How to Watch Dangerous Money 1946 Online in Australia

The cast of Dangerous Money

What is Dangerous Money about?

A treasury agent traveling aboard a ocean liner confides to fellow passenger Charlie Chan that he's on the trail of a counterfeiting ring operating from the South Pacific and has survived two recent attempts on his life. Chan helps him avoid a third but is helpless to prevent a knife thrown in his back in the ship's club room. Although the ship will be docking shortly in Samoa, Charlie is confident that he will unmask the killer before then. Among the suspects are an elitist reverend and his wife, a beautiful young woman traveling with forged papers, a shady loudmouth of a salesman, a larcenous ship's steward, and a professional knife-thrower.

Where to watch Dangerous Money