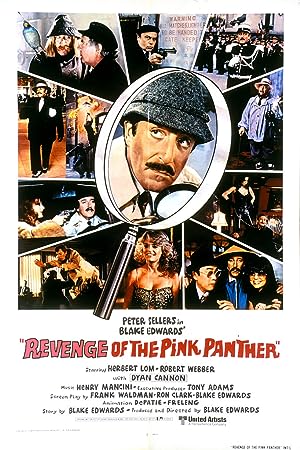 The cast of Revenge of the Pink Panther

What is Revenge of the Pink Panther about?

To prove that he still is strong and powerful, Philippe Douvier decides to kill Chief Inspector Jacques Clouseau. Once Clouseau's death has been announced, the former Chief Inspector, Charles Dreyfus, feels much, much better and is released from the mental hospital. Jacques Clouseau tries to take advantage of his "death" and goes under cover with Cato to find out who tried to assassinate him.

Where to watch Revenge of the Pink Panther

Revenge of the Pink Panther Trailer

More Comedy movies like Revenge of the Pink Panther

More Comedy tv shows like Revenge of the Pink Panther