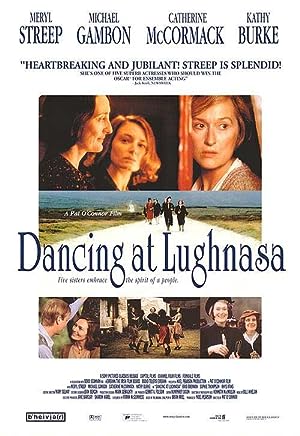 How to Watch Dancing at Lughnasa 1998 Online in Australia

Where to watch Dancing at Lughnasa What is Dancing at Lughnasa about?

A young boy tells the story of growing up in a fatherless home with his unmarried mother and four spinster aunts in 1930s Ireland. Five women different in temperament and capability from one another form a firm emotional support system for one another (reluctantly at times), with the eldest assuming the role of "somewhat meddling" overseer. Into this comes their elderly brother, a priest too senile to perform his clerical functions who has "come home to die" after a lifetime in Africa. Then the boy's father rides up on a motorcycle--to announce that he's on his way to Spain to fight against Franco. Although undeniably affected by the presence of the two men, the sisters continue to cope as a close-knit unit until something happens that disrupts the fabric of that cohesiveness beyond repair.

Which streaming providers can you watch Dancing at Lughnasa on

The cast of Dancing at Lughnasa