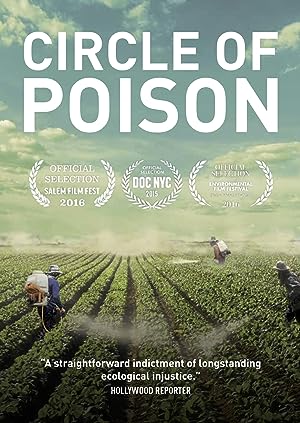 How to Watch Circle of Poison 2015 Online in Australia

What is Circle of Poison about?

When the US government bans a pesticide, deemed too harmful for the American people, you would imagine that to be the end of it. What you would not expect is it to then be exported freely aboard for profit. In recent years countless harmful pesticides have been spread around the world's less-developed nations, causing immeasurable damage. Many are then imported back into the United States on infected foodstuffs, creating a terrible cycle of poison.

Where to watch Circle of Poison

Which streaming providers can you watch Circle of Poison on

The cast of Circle of Poison

Circle of Poison is a great Documentary movie, we’ve selected several other movie options that we think you would like to stream if you have watched Circle of Poison