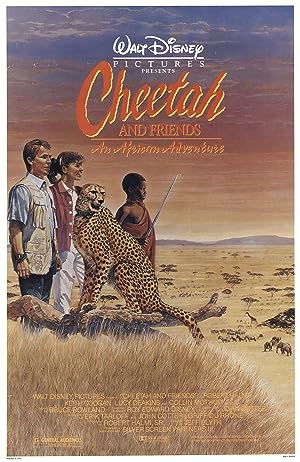 How to Watch Cheetah 1989 Online in Australia

What is Cheetah about?

An American boy and girl, spending six months in Kenya with their scientist parents adopt a cheetah, only to realize that they must set it loose so that it can learn to hunt and be free. However, when the animal is captured by poachers planning to race it against greyhounds, the two city kids, together with a young African goat herder they befriended, head off into the wild to rescue the cheetah.

Where to watch Cheetah

Which streaming providers can you watch Cheetah on

Here is the comprehensive list of streaming providers that will show Cheetah in Australia. If Cheetah will appear with other providers further down the line, this table will be updated.

The cast of Cheetah

Cheetah is a great Adventure movie, we’ve selected several other movie options that we think you would like to stream if you have watched Cheetah

Cheetah is a great adventure show, we’ve selected several other show options that we think you would like to stream if you have watched Cheetah