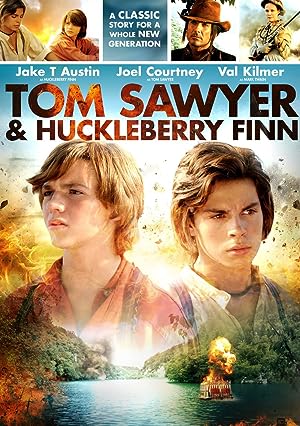 How to Watch Tom Sawyer & Huckleberry Finn 2014 Online in Australia

What is Tom Sawyer & Huckleberry Finn about?

The adventure unfolds as Tom Sawyer and Huck Finn - Tom's friend from the streets - witness a murder in the graveyard. Tom and Huck flee to Jackson Island and make a pact never to tell anyone about the incident. However, when the good-natured Muff Potter, who has been blamed for the murder is sentenced to death by hanging, Tom breaks his promise and returns to exonerate Muff Potter. In jun Joe, the actual murderer, makes a hasty exit from the courtroom during the trial. A short time later, Tom and Huck find references to a treasure and have to face In jun Joe again.